Micro wind turbines: when the good is also beautiful 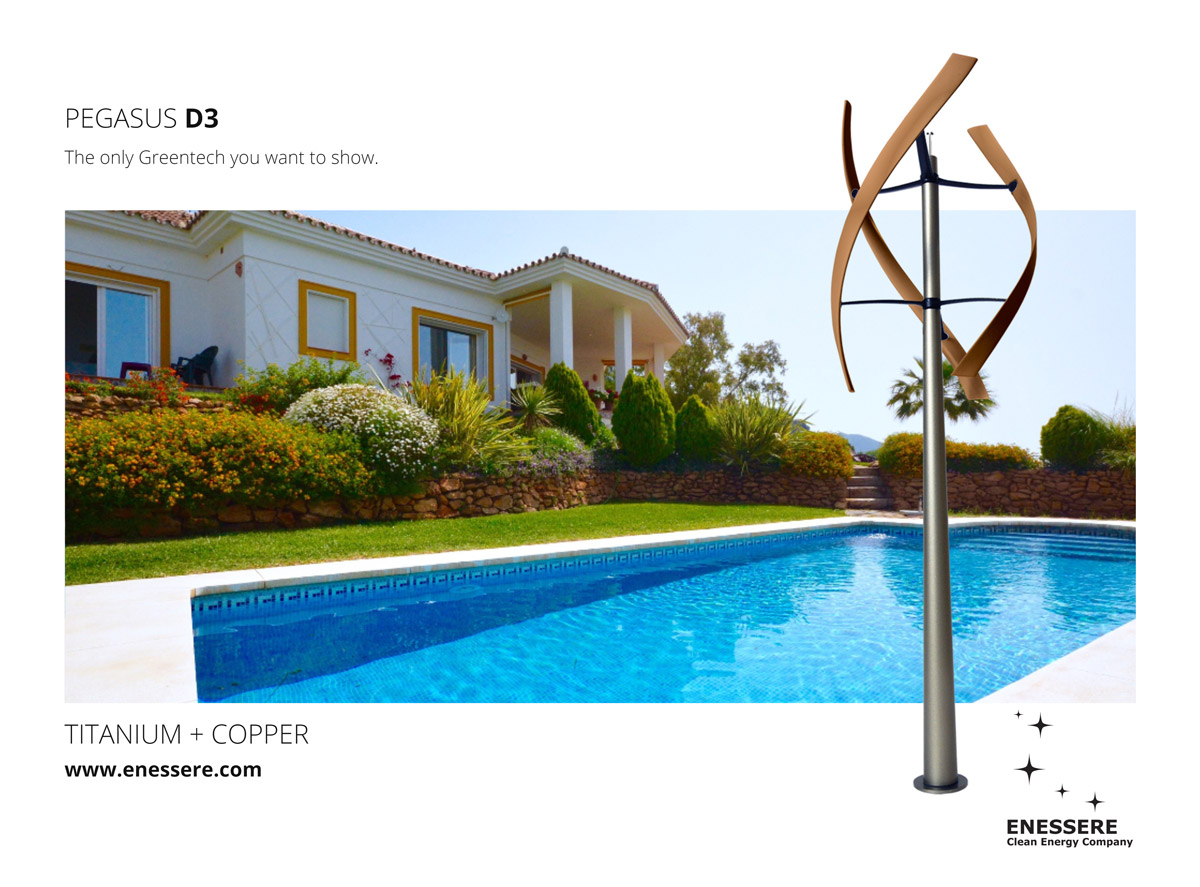 In this article we would like to deal with the delicate issue of the environmental impact that is sometimes represented by large wind farms and at the same time to better understand what are the advantages of mini and micro wind turbines.

Let’s start by trying to understand what wind energy really is.

Wind energy is primarily a renewable source that has the characteristic of never running out, as it comes from the use of the wind.

To obtain energy from the wind, however, it is necessary to install – where appropriate – systems with wind turbines which convert the kinetic energy of the wind into clean and renewable electricity. The larger the wind turbines, the more energy will potentially be produced.

In many parts of the world, the concept of having a few large centralised wind farms for the production of the energy that is necessary to serve as many users as possible still wins today: this can only happen by building large plants, such as nuclear, hydroelectric, coal plants, etc.

This approach also applies to wind turbines: large wind farms with multiple generators in series are positioned close together to aim to create gigawatts of electricity.

So, given the size that these wind farms have, the problem of environmental impact comes into play. A scenario that is increasingly taken into consideration by many regional and often national regulations, which establish the minimum distances to be taken with respect to residential zones, coasts and archaeological areas or areas of high landscape value.

In addition, they try to avoid what can be called “forest effect”, that is a series of wind turbines badly distributed on the territory that can cause a real disturbance to the observer’s view and that often decreases the performance of the wind turbines due to the turbulence triggered by the adjacent blades.

There are also other types of negative impacts for wind turbines that are above 100 meters in height, such as that on fauna and in particular on some species of migratory birds that might collide with the area swept by the rotor blades. The other most frequently debated negative phenomenon is noise pollution, which is particularly felt with horizontal axis rotors: in particular, we refer to the noise generated by the air pocket that is created between the wing and the tower when these elements are parallel.

Furthermore, during the installation phase, it often happens that local communities oppose themselves due to the pollution produced by the road transport of these plants and the environmental impact that follows the installation site for a whole series of components that are external to the wind turbine itself, such as the transformer cabins, the surface plinths and the distribution network.

Wind turbines and impact on the territory: examples in Italy

In Italy there are some examples of possible future wind farms that have been contested by local public opinion due to their theoretical environmental impact. One is an on-shore plant (on land) and the other an off-shore plant, therefore located on the high seas.

The first plant we are talking about was mentioned in an article on emergenzacultura.org, but to be brief we can say that it is a site of high cultural interest so the problem really exists. In fact, these plants would rise in the Civita di Bagnoregio area, which was built centuries ago by the ancient Etruscans.

The second example deals with an off-shore wind farm project off the coast of Rimini, which was considered invasive and therefore incompatible with the tourist vocation of the Romagna coast. Also here, to deepen this question, you can read on qualenergia.it.

However, as also mentioned in the Italian newspaper il Resto del Carlino, it is right to ask some questions in this phase of energy transition, such as “are the local communities adequately informed and involved in the decisions for possible installations of wind farms in their territory? If this initial phase is not managed correctly, is there any risk of creating preconceived comparisons and oppositions? Are we sure that everyone is fully aware that this energy transition will bring an important lifestyle change?”

It is not that the nimby effect – acronym for Not In My Backyard – becomes counterproductive for everyone, creating preconceived and ideological positions?

Indeed, good meets beauty, because if it is true that for some people large wind farms are good but not nice to see, the micro wind turbines are the solution that combines the useful with the pleasant. Now, thanks to the Enessere micro wind turbine, you can produce clean electricity without environmental impact and also even with the aesthetic impact of our wind turbines that enhances the surrounding environment.

In fact, the value of our wind turbines is their complete integration with the surrounding environment, thanks to the range of colours that is available in the Pegasus Wind Turbine version and also to the possibility of choosing the Hercules Wind Turbine model with its blades covered in Paulownia wood: design and elegance are in harmony with the landscape.

In a recent article on huffingtonpost it is stated that wind turbines are not the right solution for our beautiful country due to their environmental impact. But what if we promote the technique of the micro generation instead of large plants? What if everyone equipped themselves with small domestic systems, such as photovoltaic systems and micro wind turbines, to meet at least part of their energy needs? Wouldn’t this distributed microgeneration mitigate the need to build large centralised energy plants?

For ENESSERE, what is good is also beautiful: we offer a small wind solution of high design and high technological innovation, using the highest quality materials.

It is a synthesis of high technology and beauty that lasts over time. We have added the elegance of the construction design to the most advanced knowledge of the wind energy industry.

We think that this microgeneration process, stimulated by the beauty of our wind turbines, can trigger a positive change for every citizen, since producing electricity almost autonomously will help to change our habits and lifestyle. By doing so, we will be more aware of what it means to consume energy, of the impact that each single gesture can have on the environment, thus getting to more sober society models, mitigating unbridled consumption and promoting the conscious production of clean electricity.