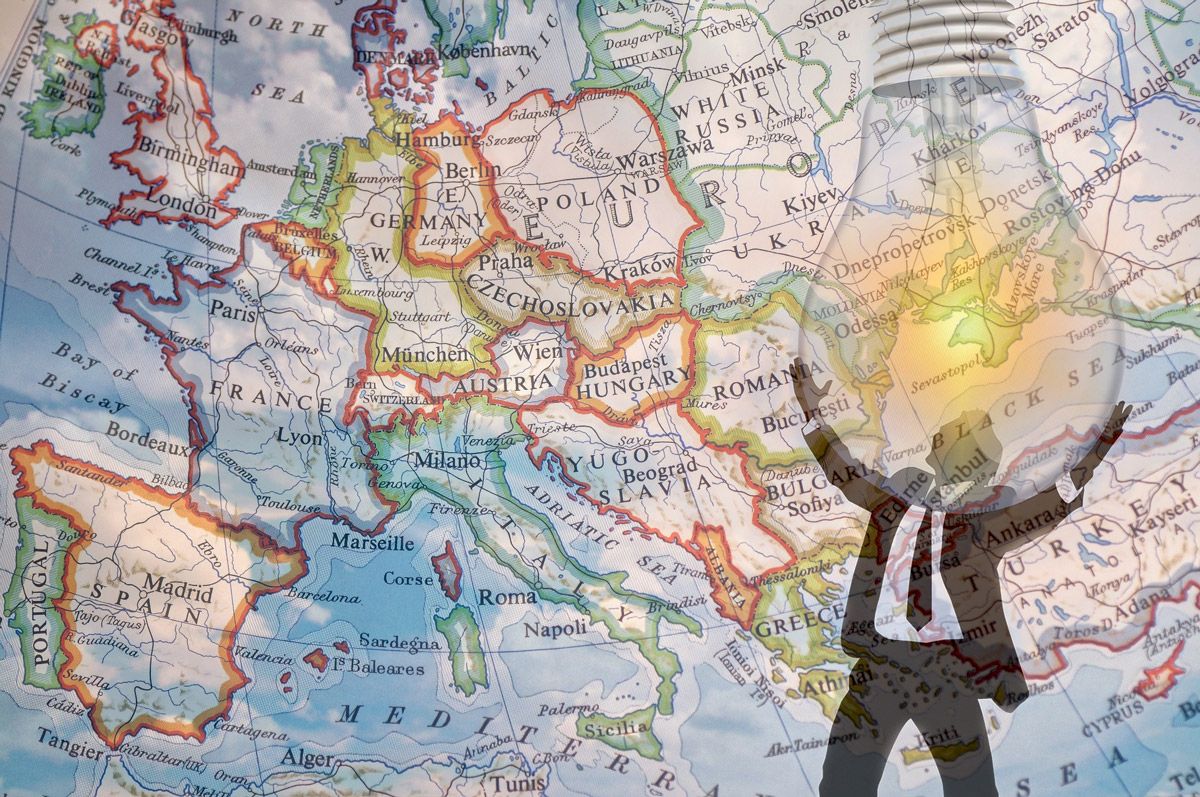 From nuclear power to renewable energies, how Europe is preparing for the energy transition

In Germany, three of the six nuclear power plants were shut down, to follow the line dictated by former German Chancellor Angela Merkel.

This plan had been established for a long time, but it underwent a sudden acceleration following the environmental disaster of Fukushima, which we recall was not caused by problems at the power plant but by an earthquake of magnitude 9.0 and a subsequent tsunami with waves of 13 meters in height.

The fact is that the Brokdorf, Grohnde and Gundremmingen plants have ceased to produce electricity for the German national service. Now, the forecast is to complete the total decommissioning of the reactors by the year 2040, with costs of more than 1 billion euros for each nuclear power plant.

In 2021 (BDEW data, the largest energy sector association in Germany) German nuclear power plants produced about 12% of energy in Germany, while more than 40% comes from renewable sources, a field in which Germany is investing heavily. However, it should also be said that some coal-fired power plants, which have always been a strong point of German industry, have been reactivated to compensate for the nuclear shutdown.

In any case, the German government’s declared goal is to have 80% renewable energy by 2030.

However, apart from the environmental problems that revolve around the energy produced by the atom, what are the real reasons for the German choice? According to other European states, the choice of Germany is wrong, the EU itself is thinking about including nuclear power among the taxonomies of clean energy, but the statements of the technical director of Rwe Power Nuclear, which manages this phase of exit from nuclear power, seem to favour towards a clear economic motivation:

And what does France say?

Obviously our cousins from across the Alps are in favour of nuclear power, not only because up to now it has allowed them to overcome the energy crisis, but also because after the United States it is the nation with the largest number (59) of power plants, which makes a shutdown plan very complicated and expensive.

A help from Europe: Energy and Industry Geography Lab

To help European electrical designers understand which areas are currently investing the most in a certain type of energy and where a new market can be opened, the European Union has created an online digital platform to monitor the European energy map, the Energy and Industry Geography Lab.

A good look at this map shows how wind energy is widely exploited in the seas of Northern Europe while Italy, despite being a peninsula surrounded by the sea, does not have really significant wind farms, but future projects should considerably change this map and the European renewable wind energy production hierarchy.

On the other hand, we at Enessere also want to make our contribution with our vertical micro wind plants.

Terna, the company responsible for the management, maintenance and development of the Italian national electricity system, has collected 39 projects for offshore wind farms to be connected for a total production of 17 thousand megawatts. Obviously in Italy the word project is not always comparable to the concept of finished work, but the renewed interest in wind energy is a good starting point.

These projects involve the construction of wind farms along the coast of the lower Adriatic (Puglia), in the Ionian Sea, in Sicily and Sardinia. There are also some projects on the Tyrrhenian Sea facing Tuscany and a much discussed one on the Romagna coast.

In fact, another problem in the installation of large plants, which is in favour of small wind turbines like ours, lies in the “no committees”, those that are called NIMBY (we explain it in this article), which are sometimes pushed by real environmental reasons and sometimes less.

Therefore, we agree with those who want to preserve the landscapes and identities of some places that we could define as iconic for Italy, but it is equally true that offshore wind plants were born precisely in order not to deface our lands in favour of greater energy production with less environmental impact.